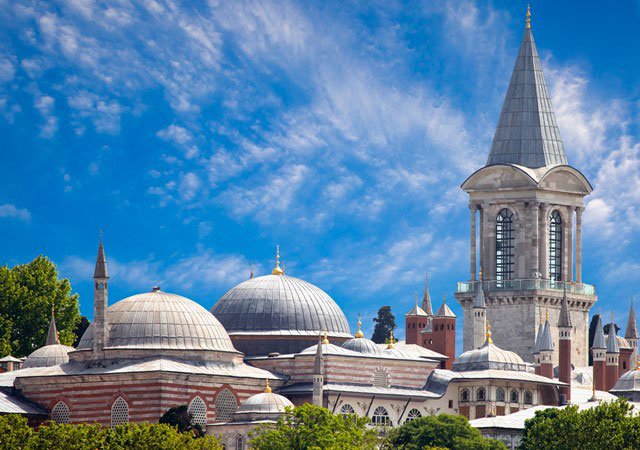 It was once the home of emperors of 3 continents. It is a must-see for everyone as it homes a great view of Istanbul, traces of hundreds of years of history and priceless treasures. 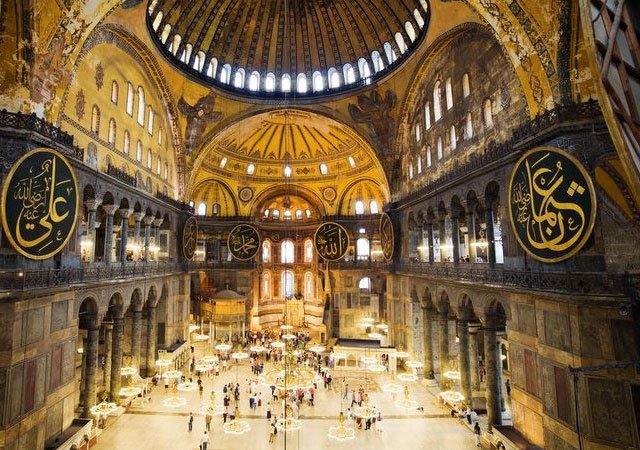 Once a church, then a mosque and now it is a museum. This more than a thousand year old work of art will attract you in. Not to give any spoilers, don’t forget to make a wish inside. 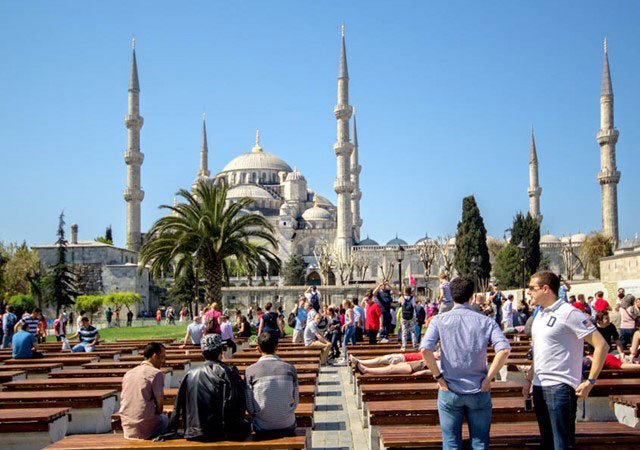 Half thousand year old mosque, built by Mehmet Agha (last student of architech Sinan) welcomes millions of tourists every year. Fine tiles brought by Iznik make it look bluer that it is.

Don’t come to Istanbul without it! 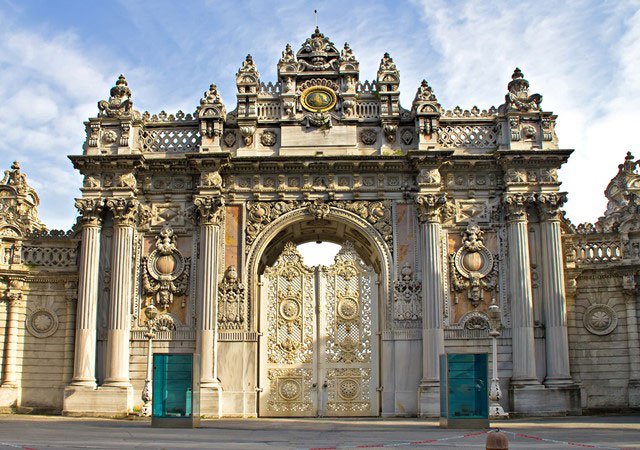 Dolmabahçe Palace was the administrative center of the Ottoman Empire for almost a century, then it served as the house of Mustafa Kemal Ataturk, founder of the Turkish Republic. 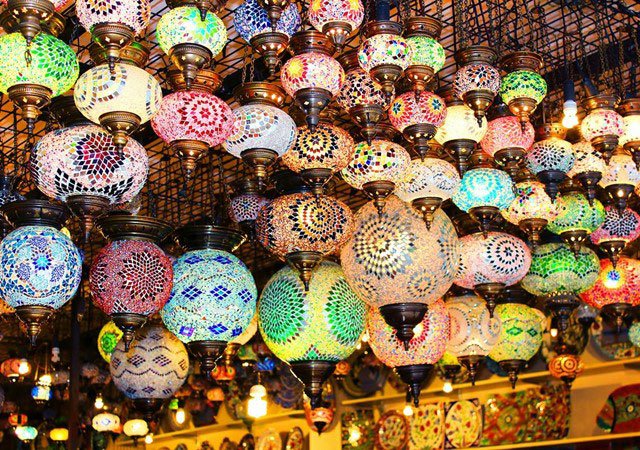 It’s one of the largest and oldest markets in the world. It’s just like shopping in those old movies. Test your bargaining skills in there and shop for fantastic gifts and souvenirs. 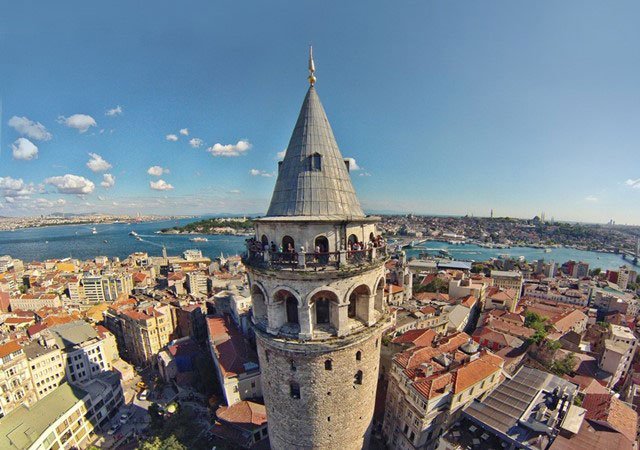 The first man ever to fly with wings, Hezarfen, jumped off Galata Tower and flew all the way to the Asian side of Istanbul. The Tower has a fantastic 360° Istanbul view and will bring you amazing shots. 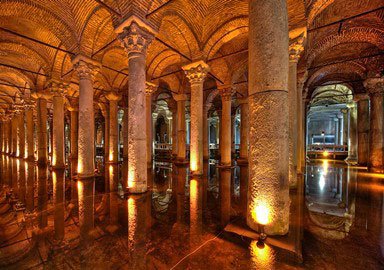 Used as one of the film locations for James Bond’s From Russia with Love, this place was originally a basilica and was later converted to a cistern in order to provide water to the Great Palace of Constantinople. 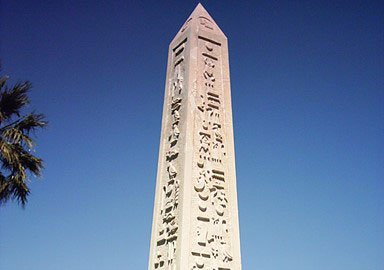 Today named as Sultan Ahmet Square, the most important center of the city both for Byzantine and Ottoman Empire, was a meeting, extreme sport competitions and a festival center. Only a few of its monuments survived until today. Legends say, the Maiden’s Tower was built by an emperor to prevent his beloved daughter from being killed by a venomous snake as prophesied by an oracle. We won’t spoil the rest of the story, but you should go and find out by yourself. 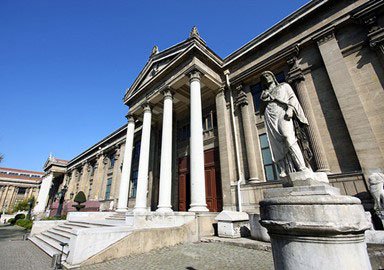 The Archaeology Museum of Istanbul contains priceless artifacts from the earliest civilizations of the Anatolian and Arabian peninsula, Mesopotamia, Egypt and the more than 8,000 years of history of the lands of Istanbul. 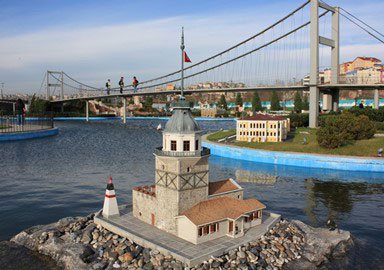 Turkey is a magnificent country for traveling due to its rich history. At Miniatürk you will “travel” all over the country, see it’s most iconic landmarks and get a glimpse of all the things Turkey has to offer… everything from a single place! The museum hosts an exhibition of rugs woven during the time of the Seljuk Empire, islamic artifacts such as handwritten Qurans and rooms depicting the life during Ottoman times. 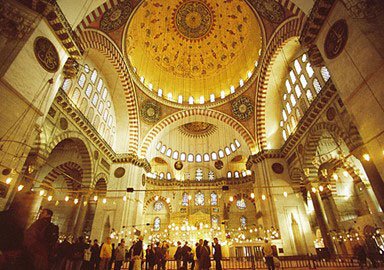 Built by the talented architect Mimar Sinan on the order of the Sultan Süleyman in 1557. The mosque is not only beautiful inside and out, but it also has one of the most amazing views of the Golden Horn and the mouth of the Bosphorus. Originally part of a monastery complex outside the walls of Constantinople, the Chora Church has on display breathtaking mosaics and frescoes from the times of the Byzantine empire. The museum houses both permanent, such as calligraphic art and paintings of the Ottoman era, and temporary exhibitions from Turkish artists to internationally renowned artists. Hagia Irene or Holy Peace, is a Greek Eastern Orthodox church and the first church built in Constantinople. It served as the church of the Patriarchate until the Hagia Sophia basilica was finalized. One of Istanbul’s most famous private art galleries. It hosts permanent contemporary and modern art exhibitions. The museum also aims to perform an educational role by providing programs to introduce youngsters to the visual arts. You can think of the Rahmi Koç Museum as the Turkish version of the Smithsonian museum displaying the advances in fields such as industry, communications and transportation in Turkey.